Why Natural Flow of Life Acupuncture and Herbs?

I have always been a big advocate of going with the natural flow of life when it comes to deciding what my next move will be or if I should move on a new opportunity. Through my love for nature and spending countless amounts of time within nature, I have learned that nature can teach us so much about how our bodies naturally connect with each of its individual organs and systemic connections. Nature also has a natural way of dealing with imbalances and disharmonies using natural tools that it already has. Our bodies also mirror this concept when dealing with disharmony. We already have the tools within us to deal with disharmonies, but sometimes those natural signals are impeded and need to be redirected or told to focus on a certain imbalance. This is where I come in with my approach. Utilizing Traditional Chinese Medicine and all of its modalities (Acupuncture, Herbs, Cupping, Moxibustion, TCM Nutrition, Lifestyle Changes, etc), the body can be told and directed to where it needs to focus its attention on re-balancing itself thus restoring the natural flow within the body. 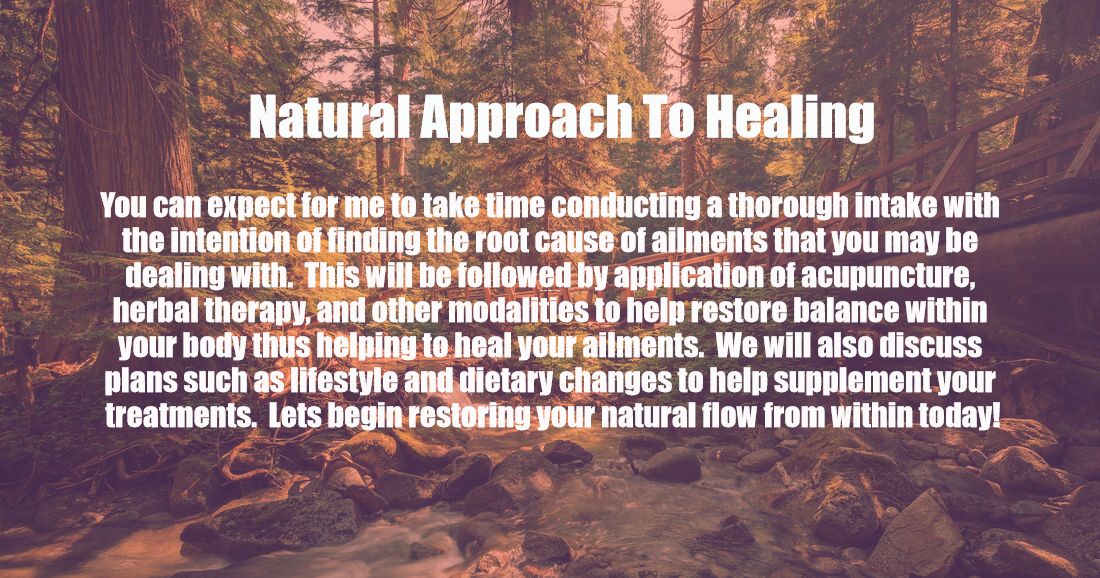 Corey Brown is originally from New Orleans, Louisiana. He is a Licensed Acupuncturists in Denver Colorado. His journey into this awesome world of Chinese Medicine began years ago. He initially took the path of becoming a Western medical doctor as helping people was always a passion of his. Growing up, he always took interest into natural healing remedies such as the healing effects of certain teas and herbs. He would do countless research and reading on the benefits and healing of natural foods and teas. It was always a passion deep down within him for knowledge of holistic healing, but he didn't know how he would be able to utilize a holistic approach in the model of Western Medicine which doesn't primarily focus on holistic healing. He didn't desire to be a physician that only treated the branch (symptoms) of diseases and not focus on the root (cause) of the diseases.

Fast forward years later, a mentor of his who is a Doctor of Acupuncture and Oriental Medicine recommended that he look into Traditional Chinese Medicine as it fit into the kind of holistic approach that he always had wanted to have as a healer. With hesitancy, he gathered some books and started to read up on the history and philosophy of Chinese medicine and also how it compares to Western medicine. His mind was immediately blown away and something inside of him just clicked and said this is it! This is exactly the kind of approach that he had always envisioned himself being as a healer. He immediately pursued the process of studying Acupuncture and Chinese herbal medicine which involved him moving to Denver, Colorado to start a Masters program in Traditional Chinese Medicine.

Through the years in his Masters program, he got countless confirmations that he had chosen the right path and had finally found his purpose as a healer. When a patient would come back and say that their symptoms had improved or disappeared, he would get so excited that he would have to compose himself most of the time. He also has gotten so much relief from chronic health issues that he suffered with for years through acupuncture, Chinese herbal therapy, and dietary changes. He is so excited to be able to share this knowledge of healing with the world and focus on treating and helping those that seek his gifts of healing. 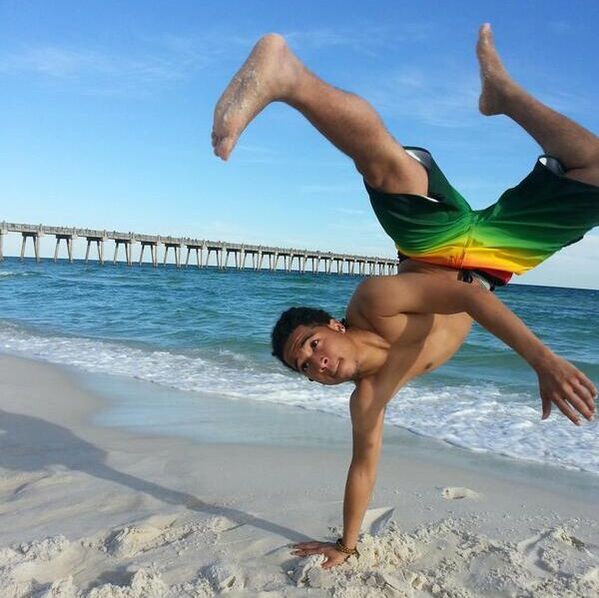 I began studying the Afro-Brazilian martial art of Capoeira 13 years ago and it has been a part of my life constantly during those 13 years. I have also taught adult and kids Capoeira classes for 9 years. Capoeira is a martial art that is disguised as a dance and was developed in Brazil by African slaves out rebellion from oppression. Capoeira is performed to the sounds of singing and music played by an orchestra of instruments. African slaves weren't allowed to fight for fear of rebellion so they would practice in secret and when the slave masters would come near, they would disguise it into a dance which led the slave masters to believe they were just playing a game. Capoeira has played a big part in the person that I have become today. It has help me in developing self-confidence, self-awareness, high self-esteem, constant longing for wisdom, and perseverance. Capoeira and Chinese medicine have a lot of overlap in philosophy so during my study of the medicine, I was always able to connect the two philosophies together. 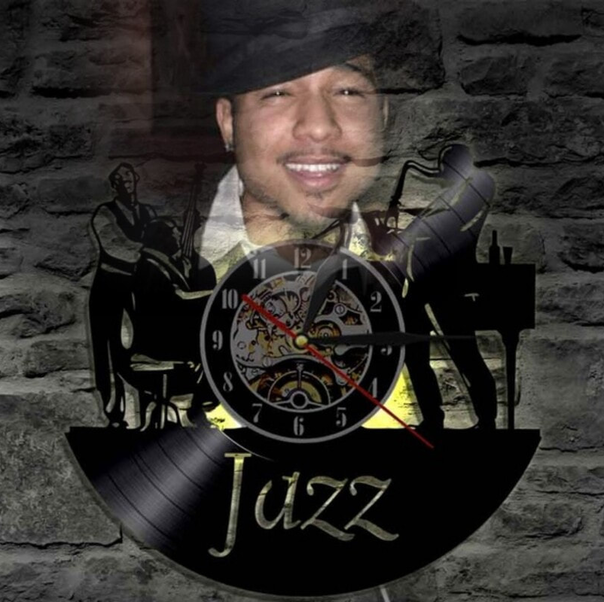 I grew up being surrounded by music growing up in New Orleans, Louisiana which is a musical city and the birthplace of Jazz.  My grandmother was also very musically talented and sung background with local artist such as Aaron Neville, Irma Thomas, Ernie K-Doe, and Allen Toussaint.  My dad also used to sing for occasions such as wedding receptions.  From a young age I was always strongly influenced by Jazz and Jazz standards.  I always practiced singing songs by artists such as Frank Sinatra, Ella Fitzgerald, Louis Armstrong, Billie Holiday, Lena Horne and many other well-known Jazz artists from that era.  I currently sing several times a week on apps such as Smule and StarMaker doing duets with people all over the world.  It brings me so much joy to meet new people and connect through music. 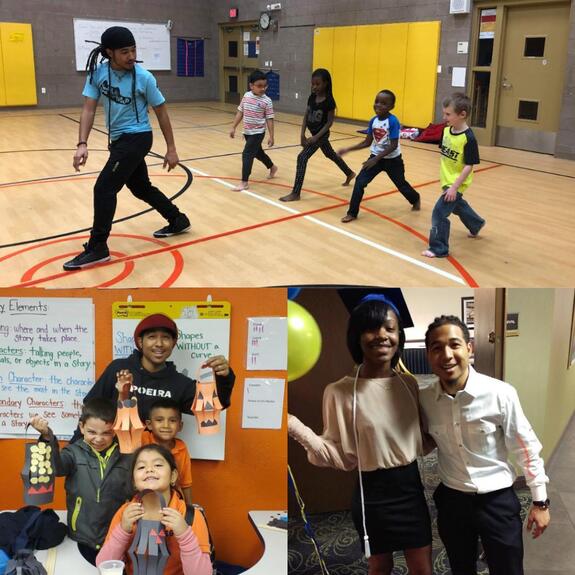 I've always had a yearning to work with and gift of connecting with the youth.  It brings me so much joy to work with youth and be a great mentor.  Growing up I would get so many compliments on my mindset, perseverance, confidence and wisdom as an adolescent and young adult overall and I give the majority of credit to the awesome mentors I had in my circle.  I recognized through observation that their is a major lack of great mentors for the youth today, so my goal has always been to help fill that void by mentoring the youth in ways such as teaching youth Capoeira classes, tutoring for academic success such as graduation and transitioning into college.  I have watch so many of the kids and adolescents that I have worked with grow up and go out into society to be great individuals with increased confidence, perseverance, wisdom, and an eagerness to reach for the sky when it comes to goals.  It is my belief that if you can make a difference in the youth earlier on, that will transition into awesome individuals working in various areas in our future society.

"A doctor who treats disease after it has happened is a mediocre doctor...